The Orientation program for students of MA (Media & Communication) and PG Diploma in Photography & Filmmaking was held on Saturday, 1st October 2022 at Nitte Institute of Communication (NICO). Mr Pritham D’souza, award winning photographer from Mangalore was the Chief Guest. Col B S Ghivari, Assistant Director, Student Affairs presided over the function.
Introducing Pritham to the audience, Prof Raviraj, Head, NICO said, beginning with a Bachelors in Agriculture from GKVK, Bangalore, moving on to becoming a blogger on farming and hydroponics, Pritham today is recognised all over as a photographer of merit. Popularly known by his pseudonym Metal Farmer, his body of work over the last few years has earned for him a lot of appreciation from both fellow photographers and laypersons. He also added that Pritham would be conducting workshops for students of NICO during the semester.
Delivering the Chief Guest’s address, Pritham told students not to concern themselves too much with the cameras they are using, what matters more is the way a picture is composed, he said. Photography is more about aesthetics and passion and less about technology, he said. He also spoke about the simple and inexpensive “hacks” he used in several frames to get the look he desired.
An exhibition of some of his photographs – portraits, architecture, travel, fashion - was also held as part of Orientation Day. He took students and parents on a walk through the exhibition, explaining in detail the manner in which each picture was captured. In his presidential address, Col Ghivari, spoke briefly about the hostel facilities that Nitte provides. He also called upon students to make the most of the college years and not shy away from challenges.
Mr Aditya Shetty, Student Counsellor from the Wellness Centre and Dr Karunakar Shetty, Physical Director and Sports-in-charge for the University spoke of the facilities provided by Nitte both in terms of Counselling and Wellness and sports and the gymnasium, respectively. 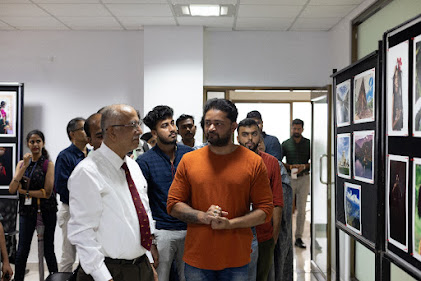 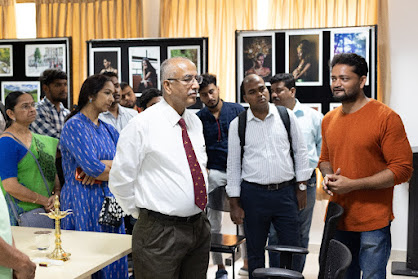 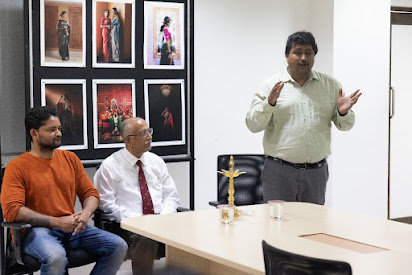 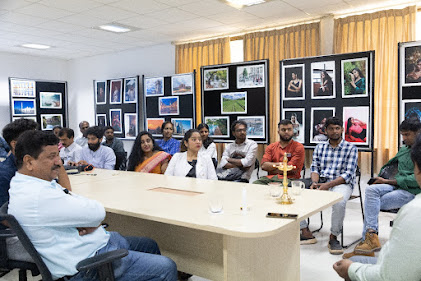 Email ThisBlogThis!Share to TwitterShare to FacebookShare to Pinterest
Labels: NICO

News from NIPT | Workshop on ABC of Teaching & Learning 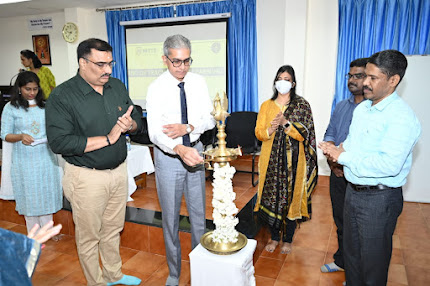